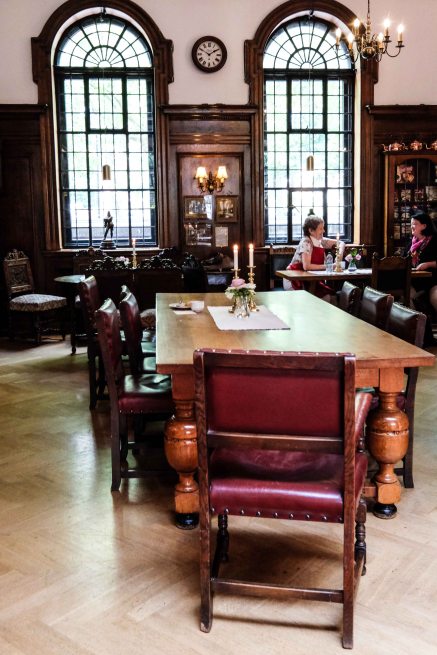 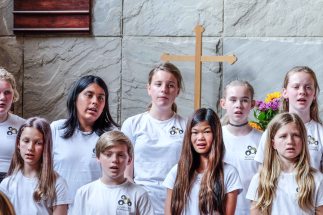 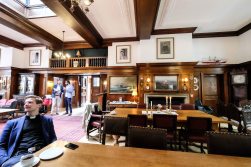 I was recently invited to attend a Sunday church service and I jumped at the chance! Not, I confess, because I’d had a spiritual reawakening. I was simply curious to visit this place of worship in one of my favourite areas of London. You see the church was Norwegian and the area was Rotherhithe, which from now on will be London’s ‘Little Scandinavia’ to me.

Several years ago I lived in this historic south London Thameside area and became very fond of the ancient pubs (including the Mayflower where the Pilgrim Fathers originally set sail from – sorry Plymouth but they actually started their journey from here), cobbled alleyways and general Dickensian feel. I traversed Brunel’s incredible engineering feat in the form of a tunnel under the Thames (which incidentally now hosts atmospheric underground concerts, as well as wonderful garden parties during the summer) and I regularly cycled or walked along by the river.

But I was blissfully ignorant of the area’s Scandinavian connection, other than a vague awareness of there being a Swedish Seaman’s Mission somewhere in the vicinity. Sadly the historic Mission closed before I was able to visit it, but it turns out that it wasn’t the only Nordic place of worship in the area, as the Norwegian Church and Seaman’s Mission (also known as St. Olave’s Church) is still conducting services, as is the Finnish church.

As Rotherhithe’s major port status has crumbled since Rotterdam stole its thunder, I would be forgiven for assuming that there isn’t much call for a Norweigan Seaman’s Mission anymore, so I thought I had better pay the place a visit sooner rather than later. Then I received an invitation by the wonderful organisation SharedCity (www.sharedcity.co.uk), which helps Londonders to visit the world without leaving town through their cultural tours, to join them at a service. It was the last impetus I needed to do something sacred with my Sunday for a change.

On the morning that I visited, the St Olave’s church service was being recorded for Norwegian radio, so it was a strict phones off policy (which meant no discreet photos of the service to share). But I can report that it was a beautiful hour-long affair, and that not being able to understand a word being said didn’t diminish my enjoyment of it. In fact familiar hymns such as Amazing Grace sounded angelic when sung by the choir in Norwegian, and when a celloist and opera singer ‘entertained’ us from the gallery during the blessing I was in celestial heaven.

As if that wasn’t enough, the after-service refreshments weren’t confined to mere tea and biscuits. Instead, you could indulge in a full-on Sunday lunch of Scandinavian meatballs with all the trimmings, including generous dollops of lingonberry sauce, followed by delicious cakes. This generous and delicious lunch was included as part of the SharedCity tour and was followed by a friendly talk exclusively for its participants, by the priest, who incidentally looked like he had stepped out of the Norwegian band Aha! (and anyone who remembers them will know that that is definitely a good thing!) He explained how the Mission came about and how it still thrives. They basically have an open door policy and are so so much more than just a place to worship. In fact the building was deliberately constructed back in 1927 to include a relaxation area to read or eat in. This was in order to attract the visiting seamen from Scandinavia there instead of the many bars and brothels.

After the beautiful service, a delicious lunch and an interesting talk I felt well set for the week ahead. But wait, there was more! A jazz band would now entertain us. Apparently non-sacramental afternoon entertainment is the norm. I was beginning to like St. Olave’s more and more with every passing minute. In fact I would have been happy just to visit the beautiful historic building for the architectural enjoyment alone but I came away having felt part of the Norwegian community for a few hours and I felt very blessed as a result. I wasn’t sure that their Finnish neighbours would be able to top that.

Actually the Finnish church was full of surprises too. Admittedly it was a more modern building, though still attractive in its own minimalist, tasteful, Scandinavian way. But the trick up its sleeve was that it had its very own sauna! Yes, that’s right! And anyone can come and use it; there is just one rule – clothes are not allowed. (Well actually there is another rule – you can only use it alone or with other members of the same sex  -but still, it’s not often that church-goers are asked to politely requested to strip).

Of course the sauna is not compulsory, but it is a very popular feature. This is because apparently every home in Finland has one, so to come and live in England and not have access to a sauna is a bit like being told that you lovely new home is missing a bathroom. I was told, during the interesting talk for SharedCity visitors, that it is very much the norm for the Fins to partake in a sauna at the end of the day as a kind of demarcation between work time and relaxation. A bit like the English tradition of going down the pub I guess, but a bit healthier.

Saunas aside, the Finnish church is also home to a very well-stocked Scandinavian food store and a pleasant cafe, with indoor and outdoor seating. I was impressed enough by this, so the unexpected concert by the Swedish children’s choir was an unnecessary addition. But it was lovely and I certainly left feeling very elated.

In fact all in all I spent a very pleasant few hours in an oft overlooked area of London. So, Ikea eat your heart out – this is my Sunday Scandinavian pastime from now on!

SharedCity conduct several tours around London where you can immerse yourself in different cultures ranging from South Indian to Italian to Latin American. The three hour ‘Norway & Finland’ tour costs £25, which includes the Norwegian lunch. I strongly recommend trying one of their tours, particular as a pertinent reminder that it is London’s multiculturism that helps make it such a vibrant, fascinating and popular city!