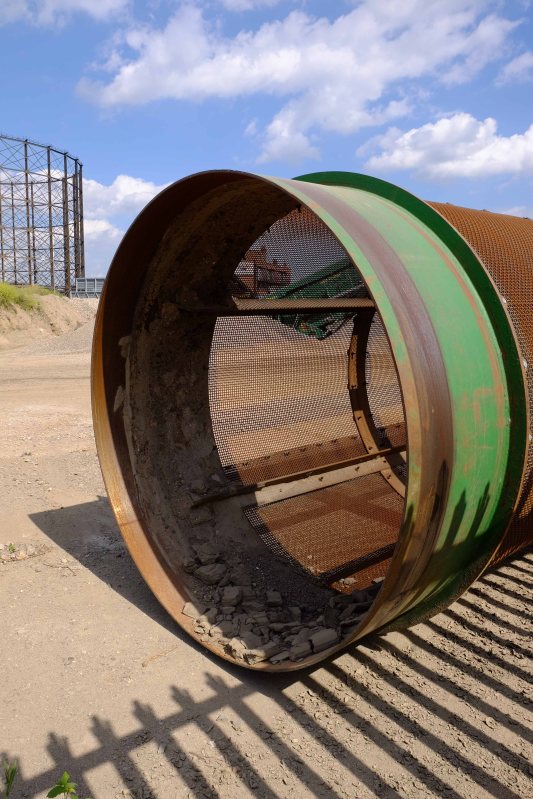 The area around the O2 in North Greenwich is changing. Fast. Massive construction works are going on that will finally regenerate this strange wasteland south of the river that is so geographically close to some of London’s most expensive property, yet traditionally ostracised by virtue of the river Thames separating it from its richer cousin, with no means of linking the two. But at last the lack of a bridge is not seen as a deterrent to the property developers. As London grows and people seek out more and more areas to populate, this patch has finally been seized upon as somewhere ripe for renewal.

It’s a fascinating area to visit right now as you are able to get up close to the construction site and record North Greenwich of old before it morphs into another haven for ubiquitous steel and glass pop ups, like the architectural equivalent of Ikea flatpacks. Strange curiosities include a huge gas turbine; the circus-like Millennium Dome and an abandoned container ship sliced in two. No doubt I will post images of those another day, but I’m starting with this one because I love the repetition of circles and lines within.

It’s another step off the beaten path for me, photographically as well as literally, so I hope you like it.