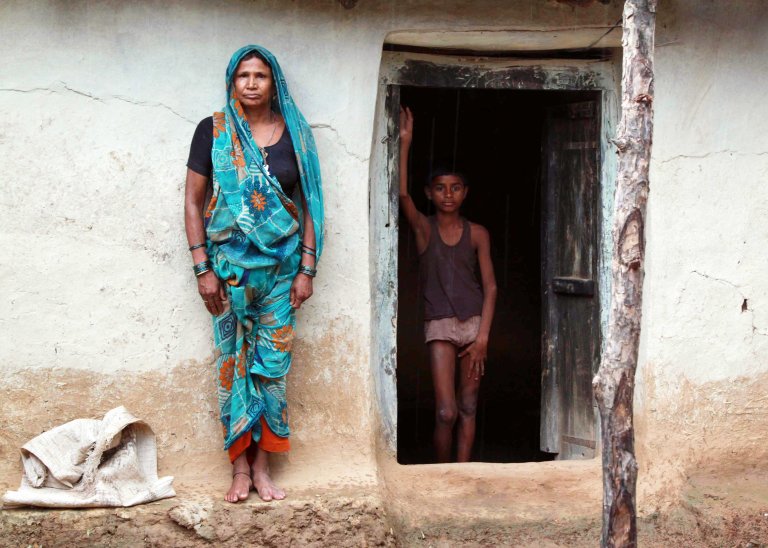 You will be forgiven for thinking that I set this picture up, by asking the lady to stand rigidly by the door and the boy in the doorway, but it is not posed. I just quickly snapped these two neighbours standing at the edge of the open-roof courtyard of the house where I was staying  during my few days in Madhya Pradesh, while they were taking shelter from a brief rain shower.

During their visit the lady never spoke to me – like many other neighbours it was enough for her just to observe this interesting distraction in the village. The shy but polite boy eventually rewarded me with a “hello” and a huge gleaming white grin, which he replicated every time he saw me from then on.

I had countless visitors like these who would just turn up and stand or sit, observing me go about my business. They usually declined my offer of chai; they just wanted to silently watch the show for a while! I admit that this constant audience took some getting used to, but I was rewarded with being able to sneak in some nice photographs of them; so I guess both parties got a little dash of each other’s lives to spice up our own!